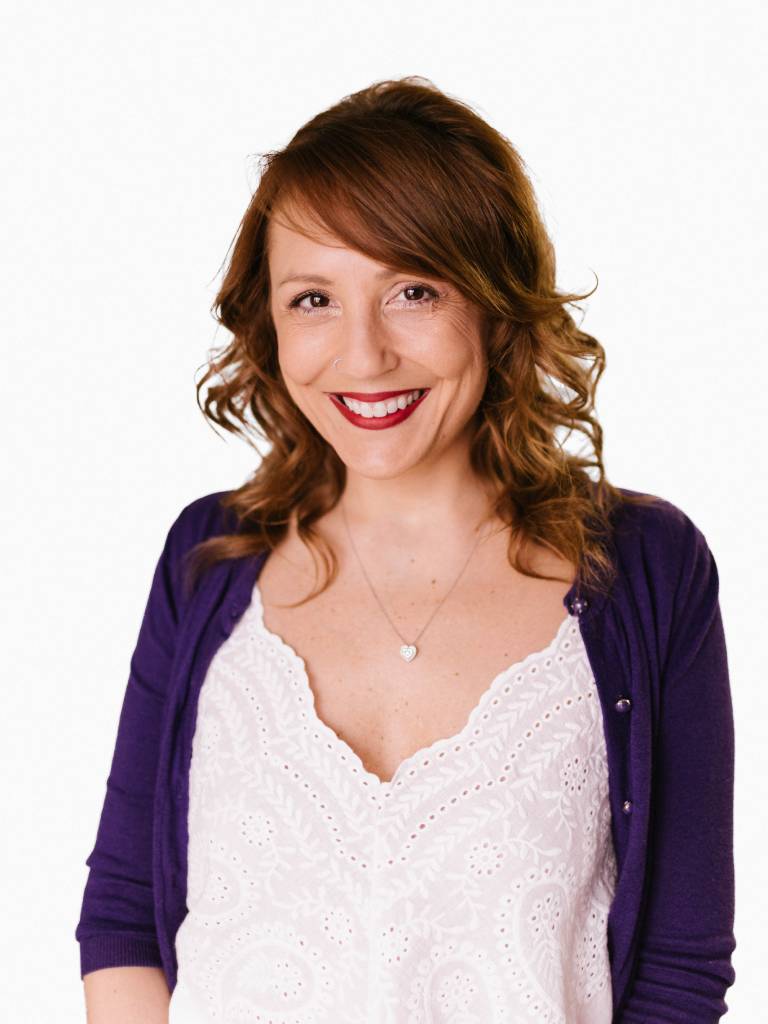 With a mandate to train, mentor and empower, Modern Muse Media is Jesse's latest adventure in an ever-changing multi-media landscape. With nearly two decades of executive producing, hosting, writing, directing, post-production, social media, promotion and marketing, Jesse is now focused on helping industry professionals build their brand with intention in the 2022 digital landscape. Jesse's career path has included executive producing and launching several award-winning television series. Her achievements led to a cover feature in Avenue Magazine's "Top 40 under 40" and being twice nominated for the Mayor's Celebration of the Arts Award for Excellence in Artistic Management. Jesse dedicates time to sit on the board of GIFT (Girls in Film & Television) , is past Vice-President of Women in Film and Television Alberta (WIFTA) and is a supporter of EDSNA (Eating Disorder Network of Alberta). Follow Jesse on social media to get a behind the scenes look at how she continues to empower businesses through video storytelling, production, and training through the Modern Muse Mission! 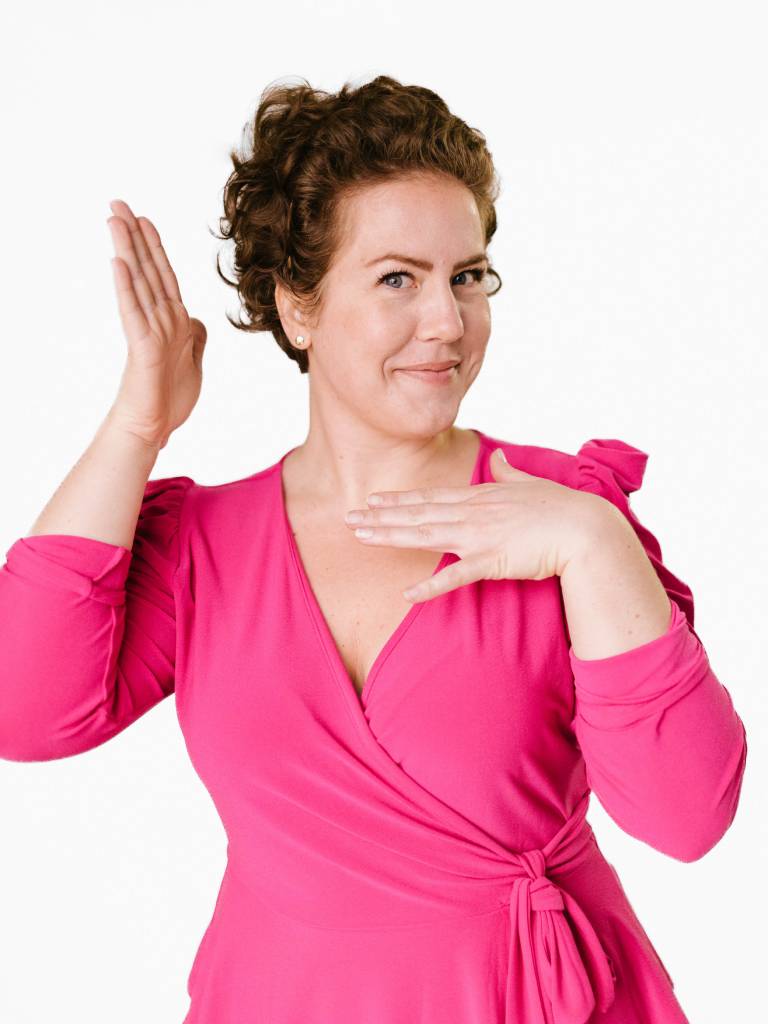 With a passion for teaching, optimizing and strategizing, Melissa is MMM’s Director of Marketing, Communications & Training. With over a decade of experience in Online Marketing, Content Creation, Videography, Editing, and Design, Melissa loves being a part of the Modern Muse Mission. After owning her own company for 4 years, Melissa joined Modern Muse in September of 2019 as a Facilitator for MMM’s signature Social Media Video Training Program. Bringing together her formal training in design, marketing, and her love of video, Melissa gets jazzed up about empowering local businesses with accessible ways of creating effective video content to share their products and message with the world. 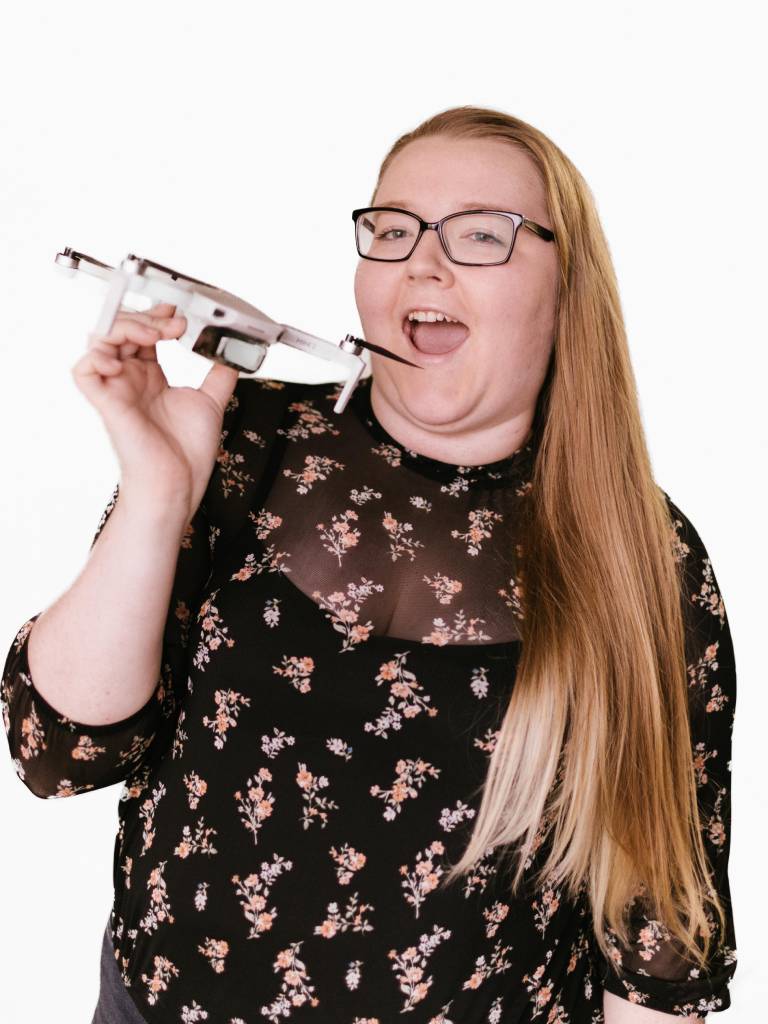 Sarah Hunter (aka. Hunter) is a recent NAIT Radio and Television graduate. Her adventure in the world of video production began with her work-experience placement at Modern Muse Media during her fourth semester of the program. The team at Modern Muse loved Hunter so much, they hired her in August of 2021 and she has since become a huge asset to the growing Modern Muse Media team. Hunter enjoys her time on-set, trying to make people laugh, working with new clients and flying the MMM drone. She has a passion for all things film and television-related and hopes to one day work on film and television sets. She loves the beauty of videography, the magic of editing and the uniqueness of each project she's fortunate enough to be a part of. When Hunter isn't working on a new project, she loves to spend her time enjoying the little things life has to offer, such as, reading, hiking, camping, anime, Marvel, Magic the Gathering and laughing at her own jokes. Hunter is excited to gain as much knowledge as she can with Modern Muse Media and to continue to grow her skills and career in the video production industry. 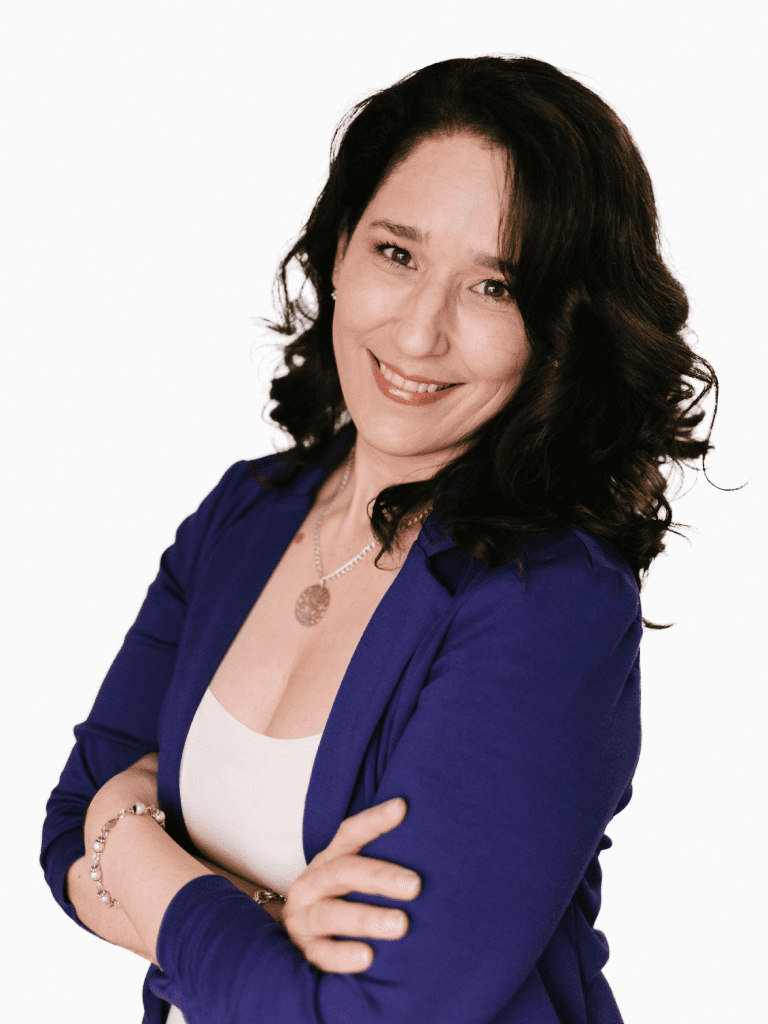 As facilitator for Modern Muse Media’s signature Social Media Video Training Program, Annabel works with businesses to elevate their online presence through effective storytelling and videography skills. Her professional experience in the television, training and coaching industries, combined with her education in communications and marketing is the perfect mix for Annabel to create an environment that is supportive, empowering, and informative.  She is passionate about providing business owners and their teams with the tools they need to feel confident in creating and sharing their brand story through professional looking videos. 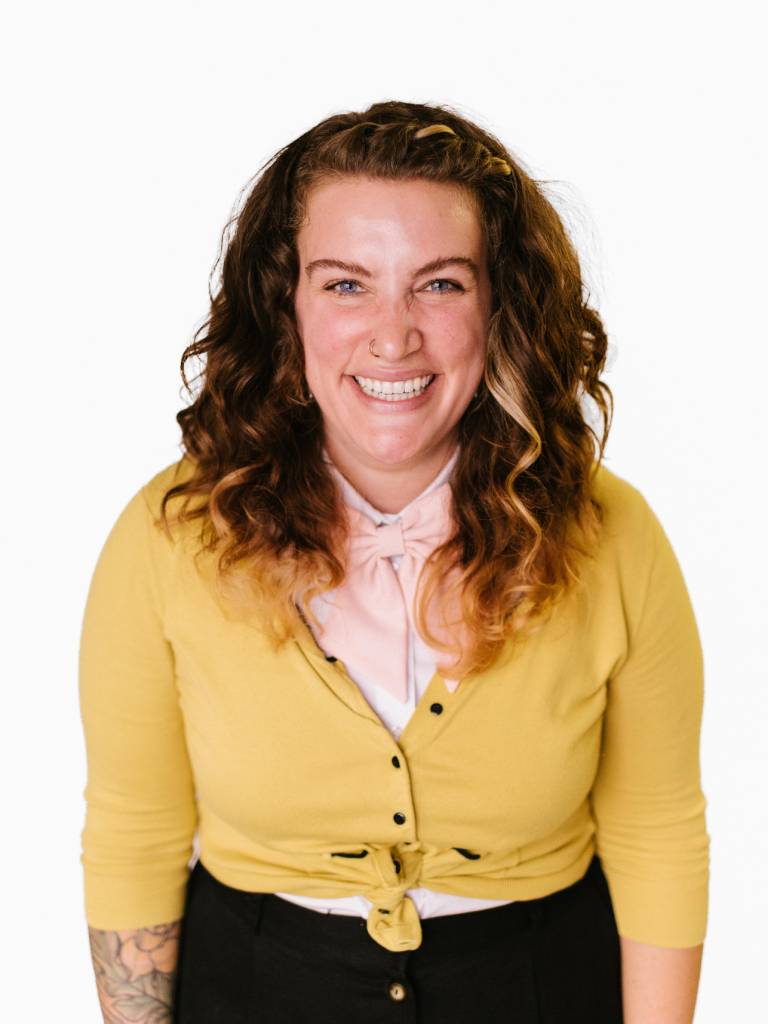 Lauren is a professional storyteller with a passion for photography and videography. For over 7 years she has owned her photography business, Lauren Dary Photography, with a focus on creatively capturing brands and families. She also spends her time creating powerful and fun content videos for clients and her family (with whom she is known as ‘the family documentarian’). Lauren is also a lover of slow/ethical fashion, having sold her own local fashion label in 2021, she has now turned that passion toward thrift and vintage hunting! What else is Lauren passionate about? People. She’s always open to chatting and sharing stories. Having joined MMM in March of 2022, Lauren’s go-getter attitude, openness, expertise and entrepreneurial spirit make her a great fit for the Modern Muse Team -  she has quickly become our go-to gal for content creation and capturing the magic of the MMM brand! 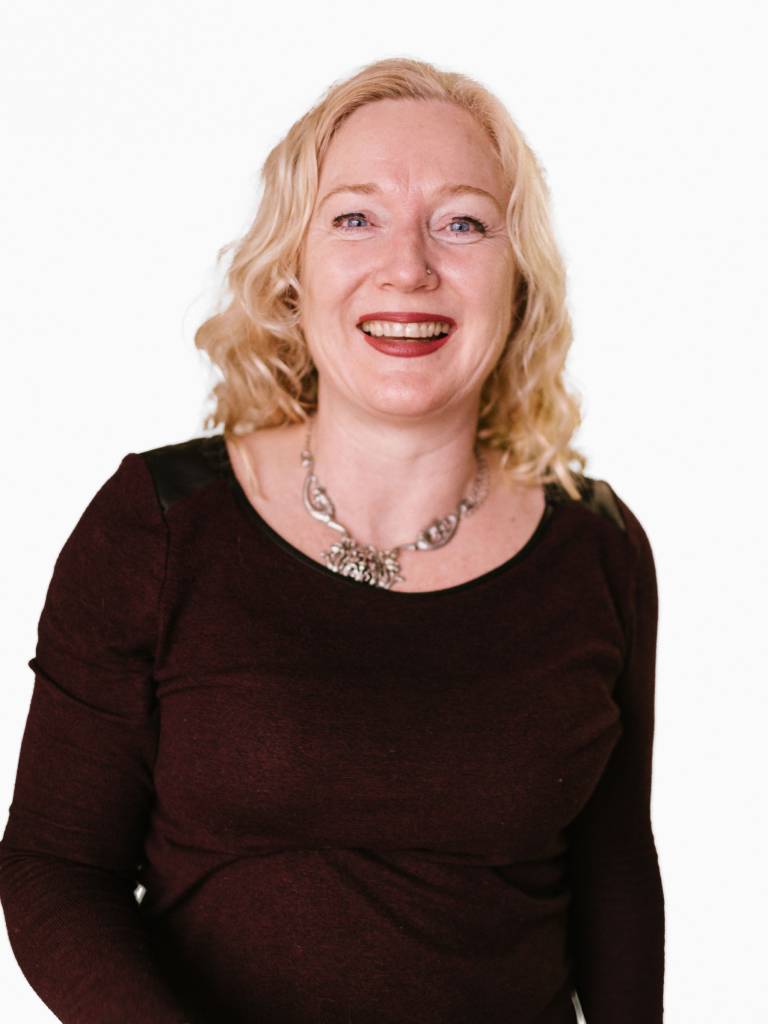 Catherine Mondragon draws upon her experiences in public relations, film and writing to promote the Modern Muse Media team. She considers herself to be their number one fan and was the first trainee to graduate from the Video for Social Media Training Program.

Catherine has been known to pick up the phone and win people over with her persuasive charm and lovely accent. She grew up in Africa in a country that was at war until she was 9 and moved to Halifax, Canada at the age of 17 where she hosted her own radio show. Somehow Catherine ended up here in Alberta, and has still never seen the prairies!

A professional, full-service media production company, that specializes in trainig individuals and businesses how to produce and use video for their social media platforms.

To work with companies, businesses and individuals, alike, to teach them how to create compelling video for their favourite social media platforms.

To create excellent long-form, short-form and micro video content, with our clients and on our own, while also training, mentoring and providing opportunities for women interested in video production careers.

To produce effective, modern, micro-video content for social media platforms with a world-class understanding of today's modern storytelling trends and techniques. Also to offer unique training programs to teach your company how to do the same.

And here's our playbook...

Modern Muse Media guides clients (individuals and businesses) through their creation process, and shows how to create content for distribution on whatever media platform best suits their needs. In addition, we work with our clients to analyse social media data so that they can easily see what works and what doesn't. We're living in a new and constantly changing media world and Modern Muse is all in.

Learn to leverage video to take your social media content to the next level.

Leave us a message!
Who Said Video Had To Be Hard?

Face the challenge head on, we're here to help! Get exclusive tips, tricks, event invitations, discounts plus even more bonus content (!) straight to your email inbox, once a month. No spam, we promise. Sign up below!